This is Centinel Spine.

Ready to Help You

Centinel Spine® derived its name from the “Sentinel Sign” — the radiographic confirmation of a successful fusion anterior to the interbody device. 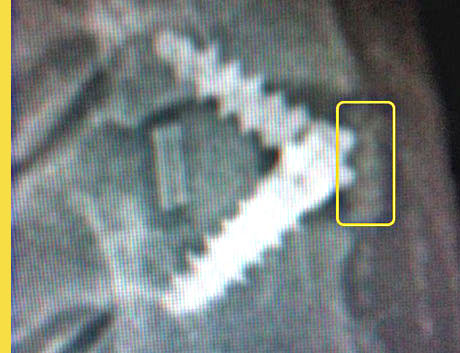 As a company, Centinel Spine began operations in August 2008, through the merger-acquisition of two pioneering medical device companies: Raymedica, LLC and Surgicraft LTD.

Founded in 1990, Raymedica became the recognized leader in nucleus replacement devices through the development of revolutionary products like the PDN® and HydraFlex®. Throughout its 18-year history, the company developed pioneering technologies and surgical approaches to the spine that helped thousands of patients restore function, reduce back pain, and avoid more invasive procedures. Raymedica was also the first company to develop a system for the Antero-Lateral Trans-Psoas Approach (ALPA)—implanting the PDN device via lateral access to the spine.

STALIF technology has a 30-year clinical history, with over 65,000 devices implanted, and still remains the only stand-alone device demonstrating biomechanical equivalence to anterior plate and cage constructs in independent peer-reviewed publications.

The company’s leadership in anterior column reconstruction was further strengthened through its recent acquisition of the prodisc® Total Disc Replacement technology platform—the most extensive cervical and lumbar motion-preserving reconstruction portfolio available today. The prodisc technology is the most studied and clinically-proven Total Disc Replacement system in the world, aligning with Centinel Spine’s focus on the proven clinical efficacy of its products. The prodisc design has been validated with over 125,000 device implantations and a reported reoperation rate of less than 1%. With the addition of prodisc, Centinel Spine stands alone as the only company with comprehensive motion preserving and fusion solutions for both cervical and lumbar anterior column reconstruction.

Since its founding, Centinel Spine has evolved into the largest, privately-held spine company focused on anterior column reconstruction. The company provides 16 differentiated product families that help thousands of patients around the world. Today, Centinel Spine still embraces the pioneering culture developed at both Raymedica and Surgicraft, continuing on its corporate mission:

To provide clinically-proven products that help patients and allow individuals to continue to function at a high level.

To be a catalyst of change in the spine market.

The Hartshill Horseshoe is launched by Surgicraft™ and becomes the first Stand-Alone/No Profile® integrated interbody device.

· Minneapolis-based Raymedica® is founded and embarks on an 18 year history of developing technologies that help reduce back pain and helps patients avoid more complicated surgeries.

· The prodisc I Lumbar Total Disc Replacement device is launched in Europe.

The STALIF® (and lone umbar nterbody usion implant) device is launched, made from PEEK Optima® instead of titanium.

The STALIF TT™ lumbar device is developed by Surgicraft™ and introduced in the United States, creating the market for Integrated Interbody devices.

· Centinel Spine begins operations in 2008 through the merger-acquisition of Raymedica and Surgicraft—with the mission to become the worldwide leading company addressing spinal disease anteriorly.

· Centinel Spine uses the long-term lumbar clinical success as a foundation for the launch of the STALIF C® Integrated Interbody device for cervical use.

The first titanium surface PEEK device was implanted in the US: STALIF C-Ti™.